There is a never ending competition between RC manufacturers to stand out from the crowd in one way or another.  Recently the battlefield has moved from Short Course Trucks back to the perennial favorite, Monster Trucks.  In the last year or so that battlefield was in gas (petrol) engines in 1:8 (as opposed to 1:5) vehicles.  These small gas engines have certainly shaken things up, but realistically have little major advantage over their Nitro brothers.

More recently stability control has appeared as a technological step forward helping cars to point where they are supposed to be, be that drifting or keeping straight on dirt.  These systems are even adjustable on the fly as to their sensitivity.  The ARRMA Nero moved into yet another new piece of ground in the form of it’s Brain differentials.  The system allows for four combinations of the front, center and rear differentials to be locked using a mechanical system much similar to what is found in a full size four wheel drive.  Actuated by a small servo and controlled by the radio i’m not sure if this is another piece of electronics to go wrong, another moving mechanical component to fail, or just pure genius pushing the game forward.  I’ll probably remain on the fence on that one until such time as I get the chance to drive one myself.

Enter a captionThe differential locking mechanism is simple: Six pins slide through the diff housing and into the output gear, locking the housing and gear together to prevent diff action.

Now to be clear, unlike the Summit the differentials can not be controlled individually, the diff brain is a device operated on the third channel giving four combinations of open and closed differentials.  The three modes being Blast (open Diffs), Wheelie (center locked), Drift (Center and rear locked) and Climb (all locked), which honestly covers most situations!

However the new Nero is an all new design, and you only have to look at it’s spaceship like twin vertical plate chassis to see that.  Honestly it looks more like a sculpture than a radio control car, but I am loving that part of the car!

Another aspect of the design that is unconventional, is the lay down shock configuration last seen on the E-Revo/Revo.  However it looks like it is well thought out and executed and seems to work well on the videos I have seen.  Now of course this truck is designed to run on 6s lipos, however most MT’s seem designed for 4s most of the time, and 6 sometimes.  Not so with the Nero, with a 3 pad slipper clutch, all metal gears, and a metal telescoping driveshaft, you can see that the Nero is designed to run all day on 6s, not break plastic driveshafts every other day.

In conclusion, it looks to be a ripper.  My only concern is the durability and longevity of the differential locking system, but if as much thought has gone into the design of them as it has into the rest of the truck, I think ARRMA are on to not only a winner, but a true classic. 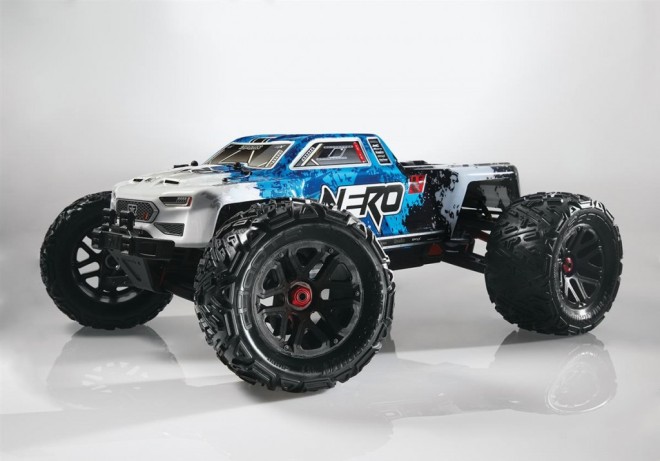 For more information, photos and videos, visit the ARRMA website at http://www.arrma-rc.com/nero/

When you think of scale accessories for RC crawlers you tend to think of companies in Asia or the United States as that is where the majority are based.  But that isn’t the whole picture as there are some amazing Australian companies doing some great work, and one of these is Vault RC.. 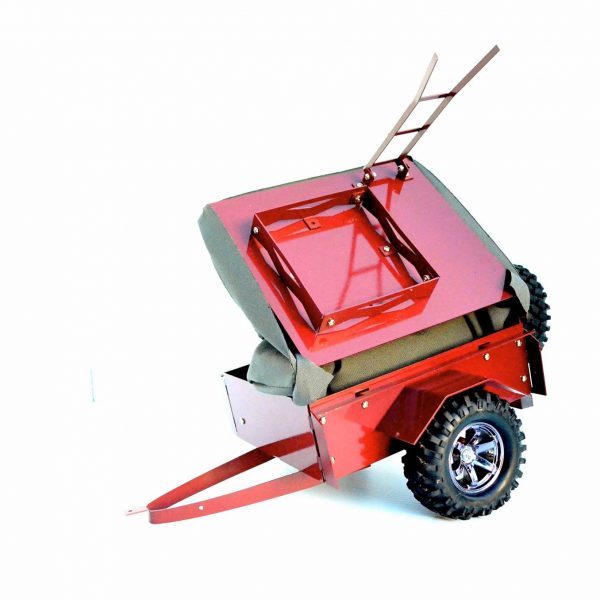 Trailers for crawlers are one of the coolest accessories out there, but also one of the rarest because, well they are hard to find, and difficult to build in a fashion that looks realistic. Often you will see people ask, “How did you build that trailer?” rather than “Where did you buy it from?” Sadly for most people they lack the skills to fabricate a trailer using welders, grinders and other sharp items.  Add to that it can be very difficult and dangerous to make scale accessories and highly likely resulting in a trip to the hospital. This is only compounded by the fact that most people don’t own any of the specific tools and equipment needed to make them.

Enter Vault RC! Vault RC has designed a range of scale accessories for people to build, paint and add their finishing touches so people can say “I built that” safely. The Vault RC scale kits are designed and manufactured in Brisbane, Australia. Made from real high quality metal these kits will last years. The Vault RC kits come in a simple well made flat-pack form and can be made using simple tools like a screwdriver. There is no cutting, welding or grinding needed. When you buy with Vault RC you know you are buying a high quality and safe product designed specificity to help you say “I built that”.

As to product lineup, well it’s pretty diverse! You have three different trailers and a tow hitch for them available including a plain trailer, trailer with tradie racks and a camper trailer.  Accessories the choice is even wider Saw horses, step ladders, cargo trolleys,  tool boxes, ladders, even a camping chair and BBQ!!! 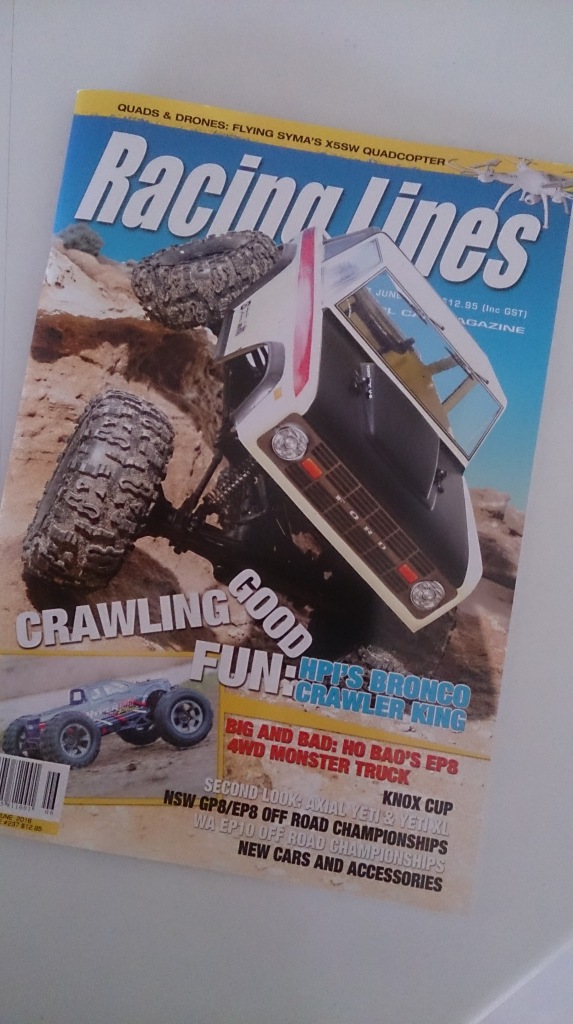 Yes the June edition of Racing Lines has hit newsagent shelves and subscribers mailboxes!  Not a bad edition at all, within these hallowed pages you will find in this edition:

Go big or go home, have a look at this buggy from TLR in 5th scale.  HPI eat your heart out, looks like this baby eats tracks for breakfast and for a big car seems to handle well.  Based not on the existing Losi 5th scale platform, but developed from the 8IGHT platform it looks designed (and ready) to RACE!

What we have seen about it so far;

TLR05001 is the part number and an August release stateside, so I guess we will wait to see when O’Riely Model Products gets them into Australia!

PS, Bigsquid have some great photos of the car as well, check them out over at http://www.bigsquidrc.com/tlr-goes-huge-with-new-5ive-b-race-kit/